happy wednesday, the week has gone quite quickly, hasn’t it? as you may have noticed, i wasn’t feeling like myself on monday so i decided to switch up things this week. but here’s a recap of everything that was last week! 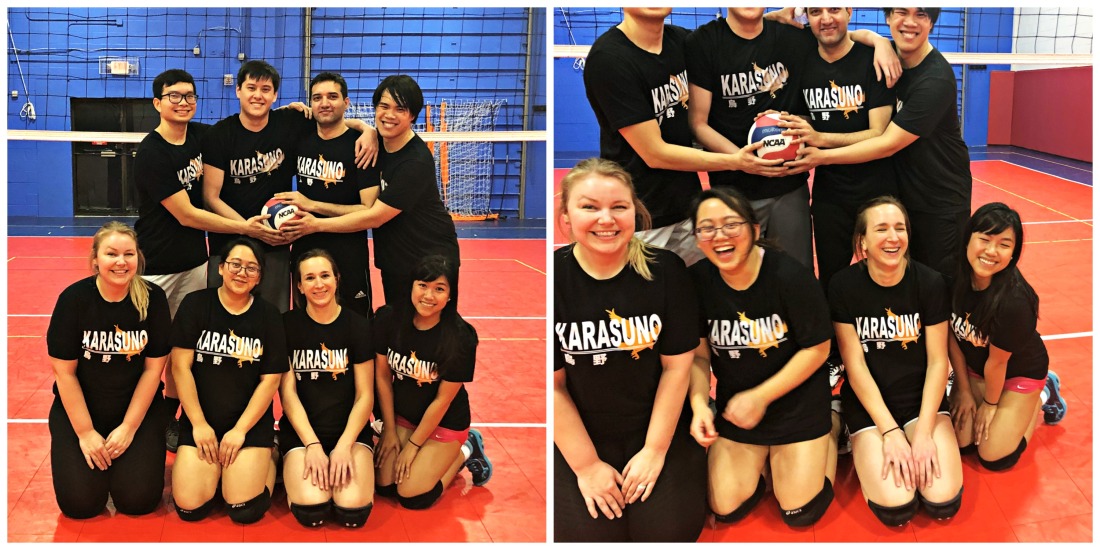 my monday team, karasuno, finally took a team picture! we’ve been playing together all season and we only finally got a picture at the final game. luckily we all signed up together next season, so there were no goodbyes! i really love them all so much, and i’m glad to call them my teammates.

almost every night after volleyball we hit up our local bar, ned’s. it’s our favorite place because the drinks are reasonably priced and the atmosphere is nice. not to mention it’s only a short five minute drive from the sports complex that we play at.

we even have a regular server, who we absolutely adore. he’s gotten used to seeing us frequently since october, and makes sure to come take care of us.

recently he’s gotten more sassy, and when we ask for a ton of water (it’s important to stay hydrated!) he’s gotten into the habit of bringing us each an entire pitcher. it’s really hilarious, but hopefully i get a normal glass next time because i was a bit overwhelmed!

for valentine’s day some caterers gave me two roses. i put them both in a glass of water, and even trimmed the end. it was strange to me that even though they were the same, and i got them the same day, they both changed so drastically after a week. it was striking that despite having the same water, one wilted and the other blossomed. as silly as this sounds, i felt like it was a sign – i could wilt or i could bloom. well, i choose to bloom.

evening runs of pokemon go have become an essential for pia, tiffany, and me. we’ve been conquering local gyms after volleyball and have had so much fun with it. one gym, in particular, we all coincidentally put eevee evolutions, and when we went to check the gym later found that other trainers followed suit. it really made me smile. 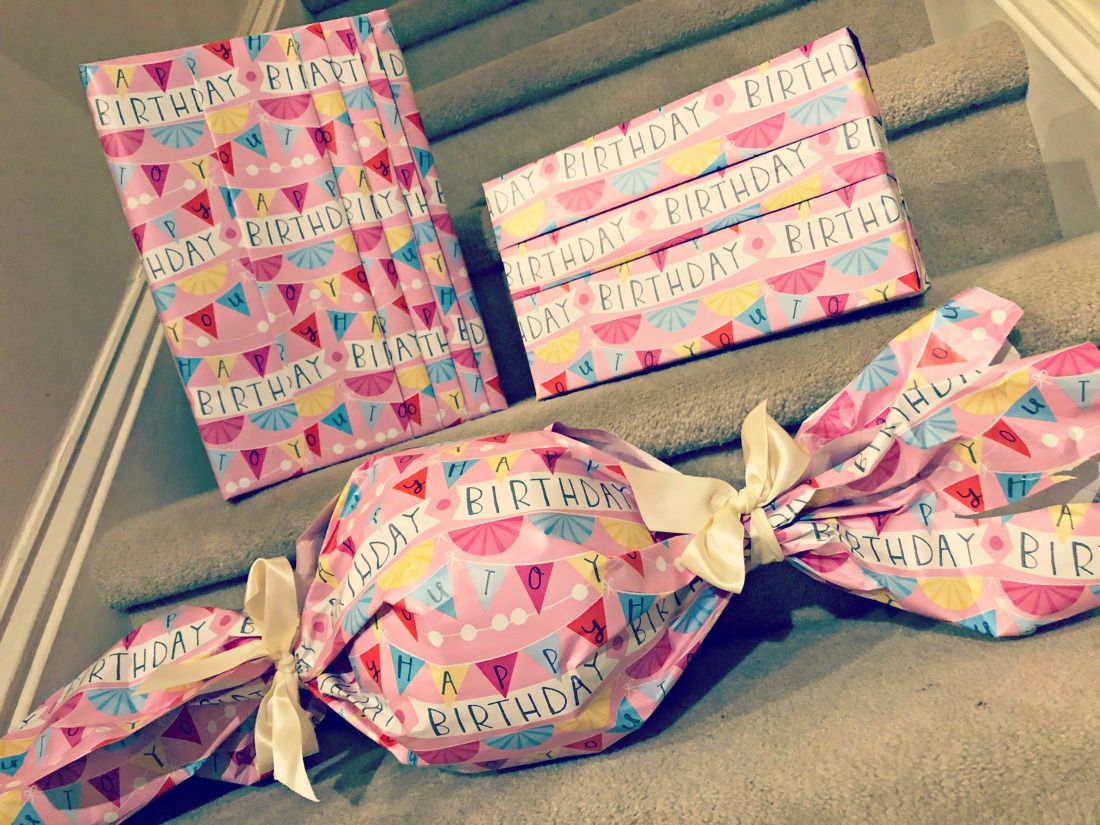 on friday night, i threw my first surprise party! my friend reina, who recently moved from jersey, has only recently started to feel comfortable in this state, especially because of our group of volleyball friends. i figured she deserved something special, so we planned out a surprise, decorated, and i wrapped gifts. it was a huge success, as she didn’t see it coming at all.

i went on a date on saturday – my first one in a long time. i was so incredibly nervous, but despite that i still couldn’t help myself from wanting a picture of the cute dessert place we went to. the design and aesthetic was absolutely adorable and the hanging bench really made it for me.

afterwards, we went ice skating. i haven’t gone in a long time, so i was worried i would be a clumsy mess. i’m proud to say i didn’t fall once! in fact, by the end i was gliding around pretty confidently. it was nice to just skate around and hold someone’s hand. it was a fun date – and i’m glad i took the step to go out on one. 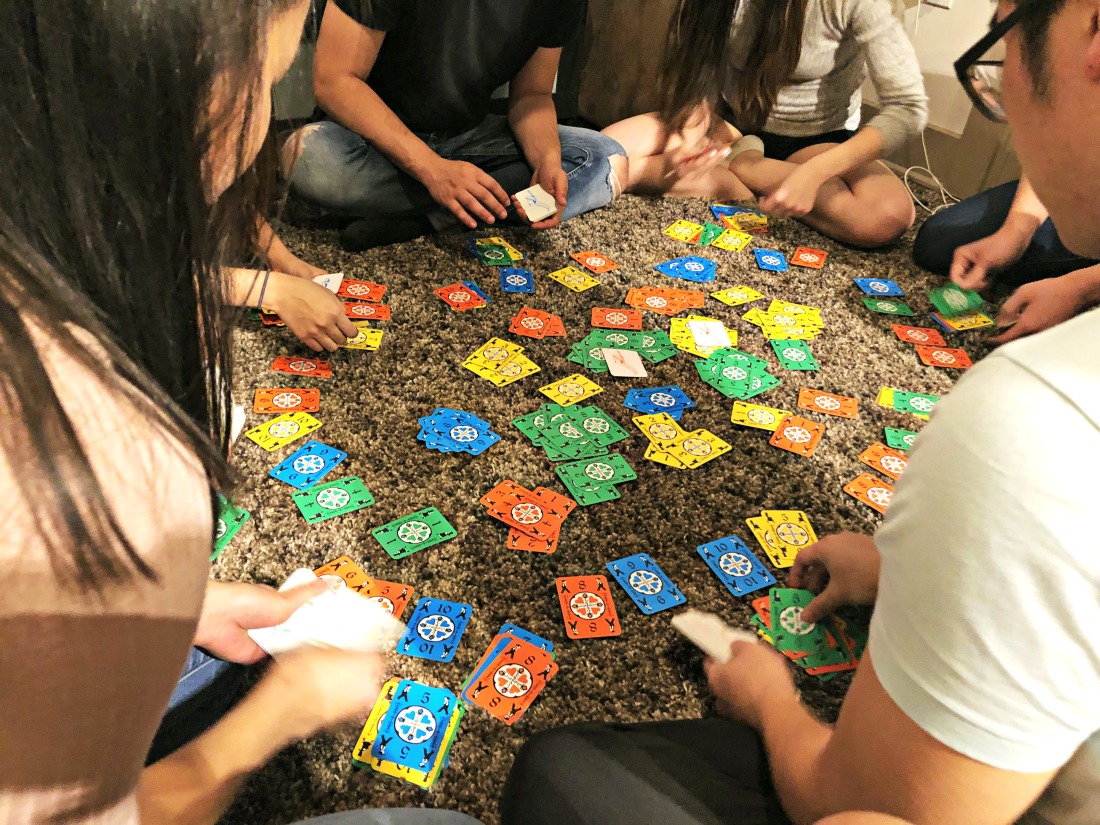 that evening brought a little party at reina’s with her friends from jersey. we’ve recently all been very obsessed with a card game called dutch blitz. it’s so much fun, and i can’t get enough of it.

on sunday night i went out to dinner for jonathan’s birthday (the person on my left.) he’s been a great friend of mine for a long time, so i’m glad we were able to get together and celebrate him. sometimes i don’t know where i’d be without his funny comments and him being there for me when i just needed a friend.

i’m glad that the week happened the way it did, even if it brought with it some heartache. somethings just have to happen and unfold the way they are meant to. i’m glad to say that looking back, it was a wonderful week and i don’t have any regrets. i hope your week continues to be amazing ❤