another week passed gently, like a soft breeze in may. 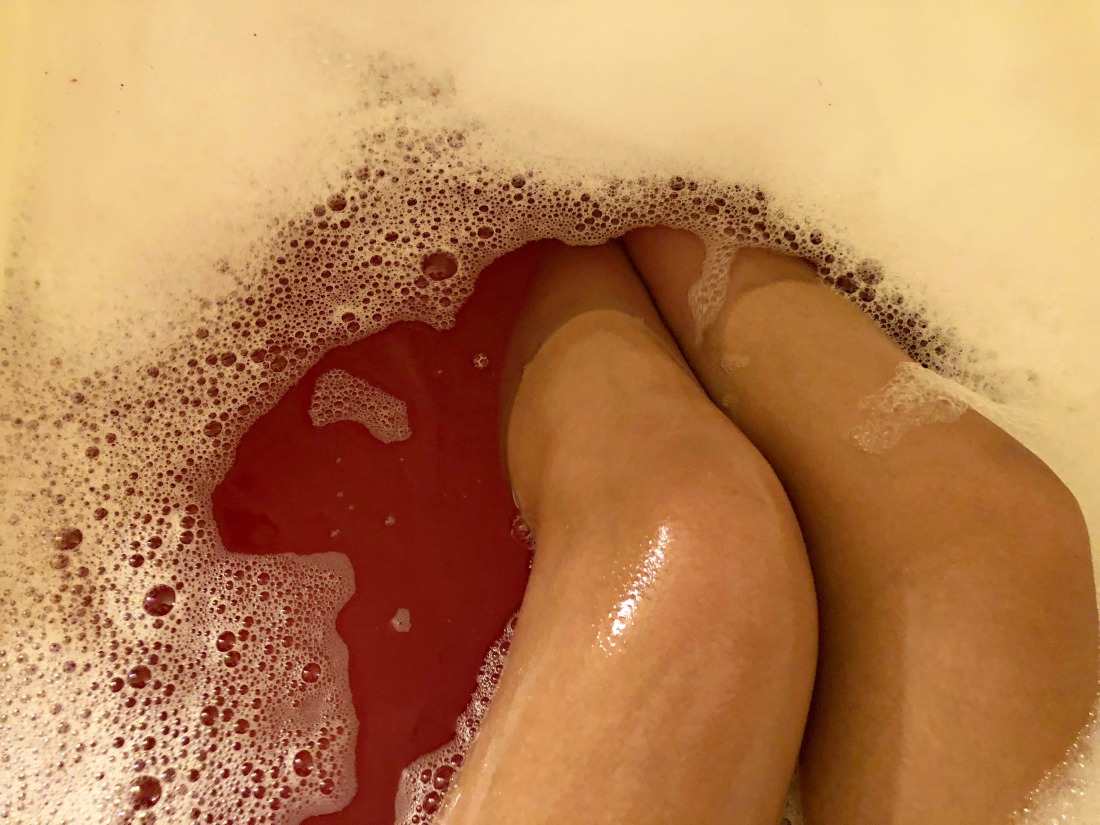 i started the new week with a treat to myself – a bubble bath. i had one bath bomb left from the set i got as a present from leta for christmas. it was citrus scented, and it filled up the room with notes of orange and lemon – it was so different from the florals i usually use that it was a nice change of pace. it didn’t stick to my skin the way other ones usually do, but it made so many bubbles that i was surrounded.

i discovered that our fish tank at work has a new baby shrimp. i can tell because i don’t recognize the tiny one at all, and it is much smaller than all the other shrimp when i had first got them. i was so excited, i began telling all my coworkers as they walked by that we now had a baby shrimp! most didn’t take me seriously, but i was happy none-the-less. i took this picture of the baby above the largest shrimp we have to show the scale, but i fear the photo doesn’t do it justice.

everyday i make it a point to spend time with chicken now that i don’t work nights. one night she was in a really good mood and let me take some pictures of her up close. this one was my favorite – her cheeks are so chubby and her little paw is sticking out on the right. she loves sticking her head out of the hole on top of her log. maybe she knows she looks so darn cute when she does it.

bae and i went on a run one day after work. i’ve been running on a treadmill all winter, and this was my first run outside in a long time. there are some tunnels on the trails through the woods – they run under the streets. i’ve never seen graffiti in them before, usually the neighborhood association is so quick and covers it up before i can get a glimpse, but this time i was “lucky” enough to see some of the local tagging. there was a bunch of scribbled words and ugly sketches, but this skull really stood out to me. 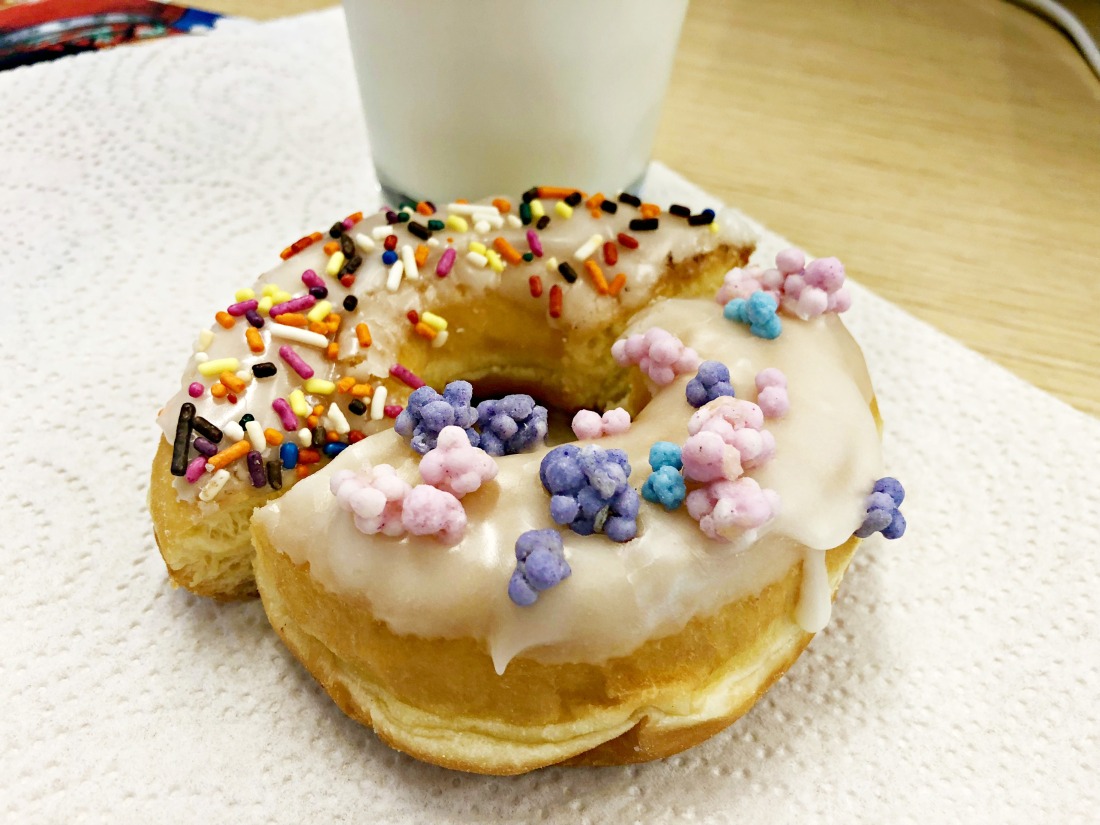 dunkin’ donuts has released a “cosmic donut” and it looks both delicious and adorable. i was worried i wouldn’t like it so i only got half to make sure i wasn’t wasteful. i thought the little odd sprinkles were nerds, but they didn’t taste like it. i’m not sure what they are, but the donut was so yummy that i ended up going back for the second half. of course, i couldn’t pass up on my rainbow sprinkle, so i snagged half of that, too.

one day when i was out to get lunch, i noticed a little goldfish cracker on the ground. i know this sounds silly, but i was so charmed by it. i couldn’t help but think about how it got there, in the middle of the parking lot, and how it managed to avoid getting crushed with all the cars coming in and out of spots during the lunchtime rush. it was such a simple magical moment to me that i needed to bend down and capture it. sometimes, it really is the little things that can brighten up our day.

occasionally, my coworkers like to bring me random treats – usually its because they want to stay on my good side. i like to pretend it’s just because i’m sweet so they like me and want to give me gifts because i’m so popular! (haha) our director of i.t. came back from lunch on friday with this little jar. i was very astonished by the idea of a “cake in a cup” and was a bit skeptical on how it would taste. it was extremely delicious! personally, i felt it tasted like cheesecake, but as you see the flavor was salty caramel. i finished the whole thing. now i’m curious what other flavors are like. 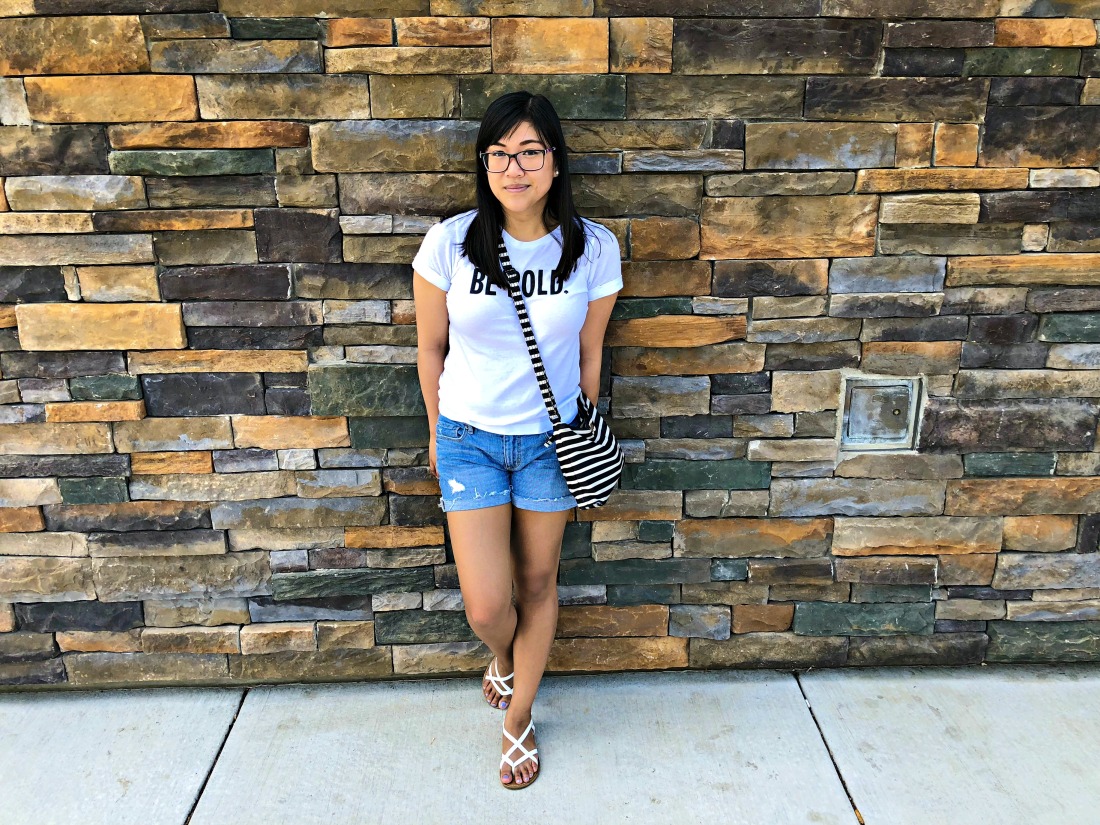 saturday was a mini adventure with bae. we went and ran a couple errands and just spent the day together. at one point we went to check out the wawa that had opened this past year near our place. i thought the stone wall outside looked so cool, and i asked him to take a pictures. my outfit was simple since it was so hot outside, and i’m still trying to get comfortable with my “mom shorts”. i wish i had noticed the little outlet door on the right, but in a way it gives the picture character.

sunday was mother’s day and my mom requested my specialty – orange crisp cookies. i also call them my sunshine cookies. they’re made completely from scratch and take a bit of time, so i always have to be in the mood to make them. i’m proud to say they melt in your mouth and leave this warm feeling all around your jaw. i love them so much and after making them again, i realized how much i’ve missed out by not baking them more often. this batch was particularly perfect, and she really enjoyed them during our mother’s day party.

this week was full of small surprises. normally i try to find things to take pictures of, but this week little things kept appearing in front of me that almost shouted, “hey! notice me!” ❤