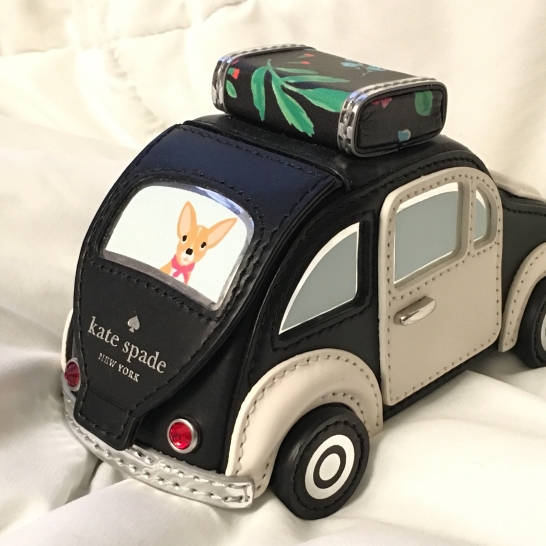 it started with a car. in june last year, i fell head over heels in love with this car. and that was it, that was the moment that i began my collection. it’s been almost a year since then, and my collection has grown tremendously. since i shared my alligator with you from my feburary haul, i figured you wouldn’t understand how immense my love for coin purses was until you saw the scale of my obsession. so let’s go on a ride.

after i bought my car, this turtle came into the picture. some people didn’t appreciate the googly eyes, but that was one of the things that made me love him all the more. there’s a spring at the base of his head, so you can make him bobble a bit.

the tea glass, with golden camels, has cute little mint leaves on the top. i wasn’t sure i wanted this one, but when it was the last one in the store, i gave up on my doubts and bought it. the little tassels on the side are so soft and silky. 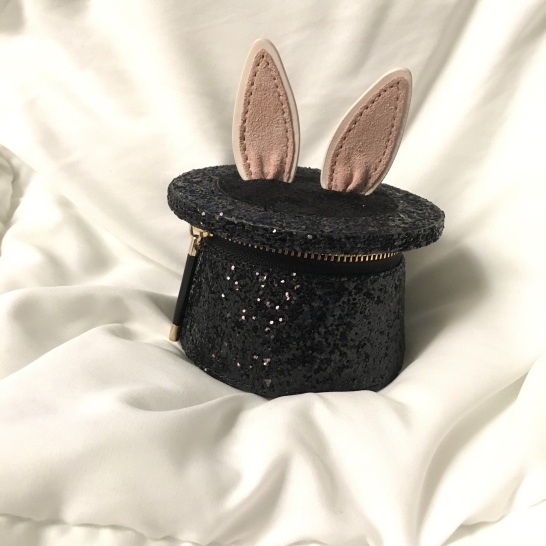 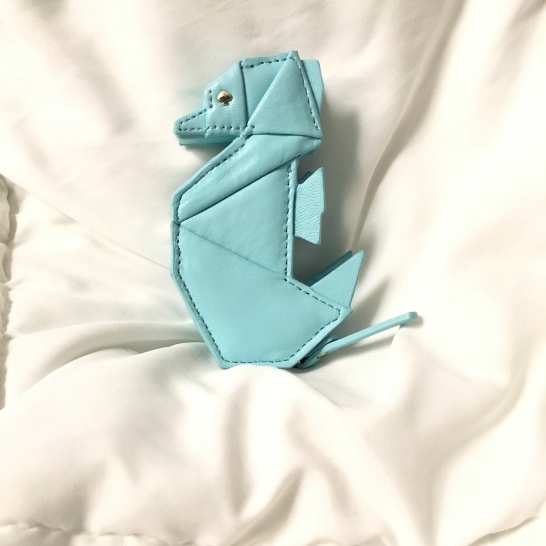 once i cleared out everything i liked from the stores themselves, i had a thirst that couldn’t quite be quenched. i took to poshmark to find more special goodies, especially since there were so many previous collections that i had missed. thus the bunny and the seahorse were shipped to my home. the little top hat’s zipper is actually a magic wand, and i love the suede detailing of the ears. the more glitter, the better, so this was an instant winner for me.

the seahorse is meant to be part of a previous origami collection, so with a tie to japan, it was a given that i had to have it. a spade as the eye, the soft leather, and the beautiful color really made it one of a kind. i was also pleased to get it second hand with no issues. 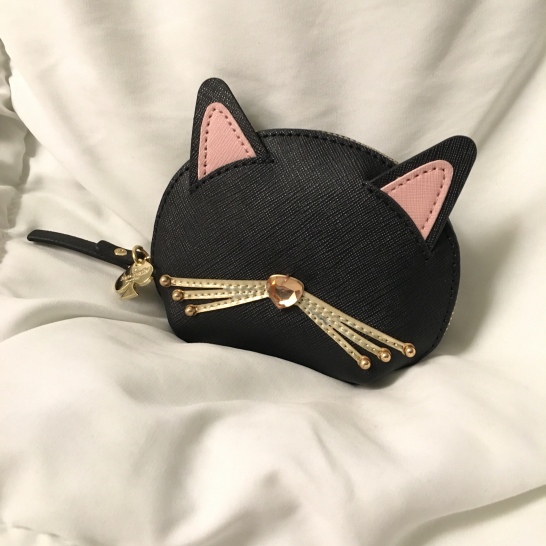 but i didn’t stop there. i scoured the internet more to find old collections. the embellishments are my favorite parts, so when i found this kitty with a bejeweled nose, i knew i had to take him home. although i’m not a huge fan of the dumpling shape, (it is too overused by kate and they lack the excitement that comes from full on 3D coin purses) i couldn’t pass it up.

the mouse, which suffered the same fate of the dumpling shape, had a spade nose and suede ears! they beaded the eyes in just the right position to give it that cute look. i remember when i got the mouse, bae asked me “why doesn’t the cat get eyes, too?” to which i laughed.

in august, it was as though my silent plea about dumpling shaped coin purses were heard and they released this cake slice. the cake slice i was very fortunate to get my hands on. it sold out within a week because it’s matching novelty purse was beyond popular. every detail of this one was well thought out.

the little bird i didn’t fall in love with at first sight, but when i realized that his wings move up and down – that was a game changer. the beak is hardware, so once i was able to fall for the wings, too, i ended up taking him home. 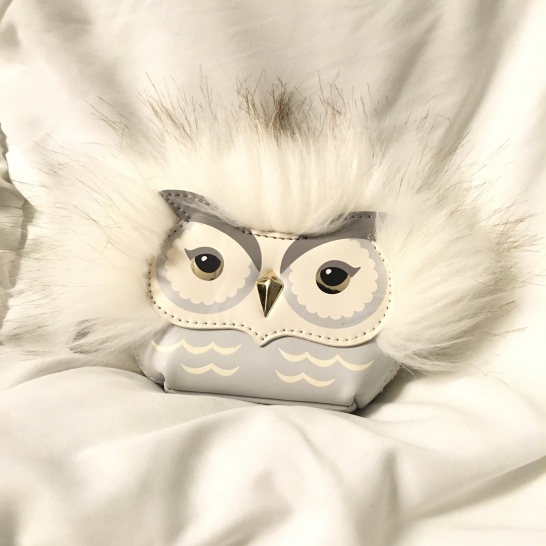 i came across the cherry one day while stopping through a kate spade that was in the city. the little indent and the leaf as the zipper made me want it immediately. i remember walking from the store to my car, swinging the bag holding it happily.

the owl appeared the month after, and even though i was a bit put off by the dumpling shape, the faux fur all around it made up for the shortcoming. the beak being hardware and the little winged eye liner made hooked me on this cutie. 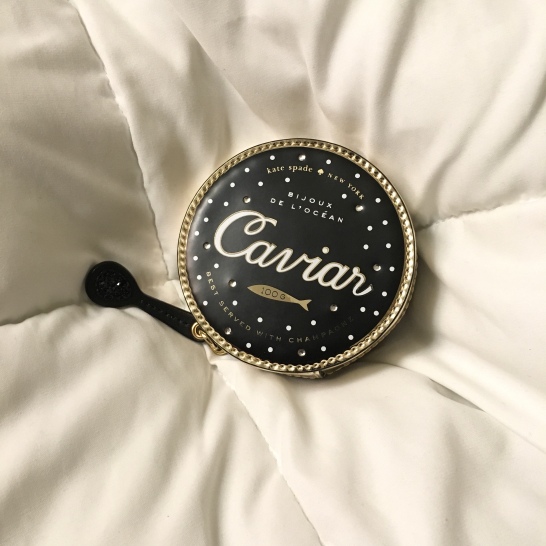 and finally, we arrive at the two most recent coin purses to join my collection. december was all about the finer things that come with the holiday season, and this caviar coin purse was so delightful. i personally have never had caviar, but the zipper was a tiny spoon, the entire front was embellished with little jewels and the back is completely glitter.

i wasn’t able to find anything in january that i liked so when gator showed up in february, i squealed. the alligator was another case of pulling no punches. hardware on the top, pink zipper for detail, and inside teeth and tongue printed. kate really went all out for this one.

i was truly disappointed that in march kate spade didn’t release any coin purses, but i’m feeling optimistic for april. which one is your favorite so far? ❤

*i am not sponsored or paid by kate spade new york to do these posts. i am just a fan of the brand. my opinions do not reflect the company’s position in any way.*

2 thoughts on “for more than just change”